As many of you know already know, I live in a relatively old family farmhouse, with thick rock walls, tons of windows and a wooden roof. We own fields, hills, forest (and a waterfall). We have livestock such as cows, pigs and occasionally chicken.

Last May, we were approached and asked, along with other villagers,  to be part of a very interesting cultural project called “Hišna Imena” – House Name. The main objective of the project was to collect information and preserve the name of old houses.  An intangible part of the cultural heritage of Slovenia.

Back in the “old days”, especially in villages, houses were not identified by their home address or current owner’s name. No, they were called by its house name, usually originating from:

Sometimes, the name of the house was even based on animals, trees or the surrounding crops.

A significant and important aspect of the house name is that the structure can have a new address or a new owner, but the house name will always remain the same.  To be passed on from generations to generations.

Unfortunately, with times, farmhouses decayed and people progressively left for the city or so. And slowly, house names were forgotten…

Thanks to this on-going project, old houses like ours now have a beautiful name plate, made of clay, proudly displayed and marking the building as part of a Slovenian cultural heritage.

Most house names in Gorenjska (the region I live in) start with “Pr’“- the local spoken dialect for “pri“ , which means “at”.

Our house name is “Pr’ Godnáv“- “At Godnav“, which takes its origin from the family name of the first owner: Godnjov.  in 1859, which is carved above the arc of the main entrance.

It is good to note that not every house has a name plate, only those with a house name before World War II were included into this project. More information can be found here.

Proud to live in an old house!
Until next time,
Anna. 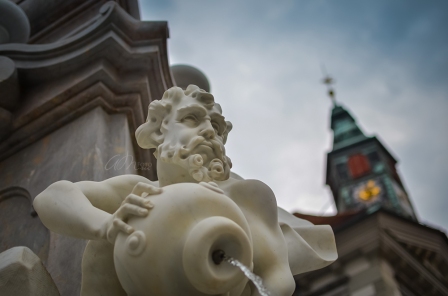 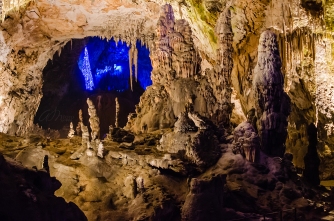