Slovene grammar is  divided into 6 grammatical cases – called  skloni. Depending on the situation, you will use a specific sklon. Each sklon has its own ending for the masculine, feminine and neutral form (if you’re not sure what’s that about, check How to Determine the Gender of a Noun in Slovene) as well as the singular, dual and plural form. So, with some calculations, one noun can be written in 18 different ways.

It may seems a lot at first, but once you understand how it works, it’s not that difficult!

The first sklon is also known as imenovalnik in Slovene and it is the “Nominative” case. The imenovalnik sklon is the “original” form of the noun, meaning, the form you will find in the dictionary.

In Slovene, everything has to match: the adjective, the noun (subject) as well as the conjugation of the verb.

Here’s an table with an example of an adjective with its noun:

❤ A simplified version of the ending that you need to remember:

As you can see,

Once you’ve learn the ending of the first sklon, all you need to know is when to apply it.

When to use the first sklon

There are more, but knowing those above is already a great start!

Learning a new language is sometimes challenging but it should be fun at the same time  🙂 – we all have to start somewhere and memorizing the first sklon is not only a good start but also a needed step to properly learn Slovene!

If you have any questions or more tricks you would like to share, please leave me a comment and I will get back at you – we are all here to refine our Slovene!

Update – here is my Cheat sheet “Table of Skloni “. More can be found under Learning Materials.

Slovene might be a difficult language to learn, but thankfully, the pattern of Slovene verbs is not that hard to understand, but first, let’s talk about pronouns.

Most languages have the I, You, He/She/It in singular form and We, You and They in plural form. When the pronoun is used as a subject, the pronoun is in the First Sklon – Nominative.

Slovene is a very precise language, because it has a dual form and it also differentiates between female and male subject.

At first, it might be a little confusing for the brain to decide which to use, but overtime and with practice, you will become an expert. Vaja dela mojstra – Practice makes perfect.

❤ You can start learning to Be – Biti in positive and negative form with the most useful Pronouns.

I’ve noticed that many Slovenians forget/don’t use the dual form because  it’s more difficult. But if you think about it, after a few decades, the dual form might be completely gone, and I think that it would be very sad and hurtful. Therefore, if you really want to learn a language, learn it properly – while being practical as well.

If you have any questions, comments or other tricks, leave me a message! 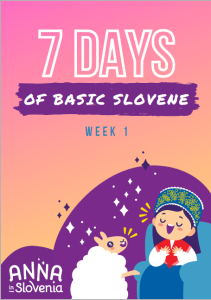 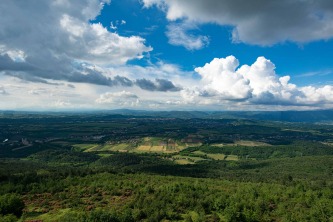